SEND US YOUR DETAILS

TO FIND OUT MORE 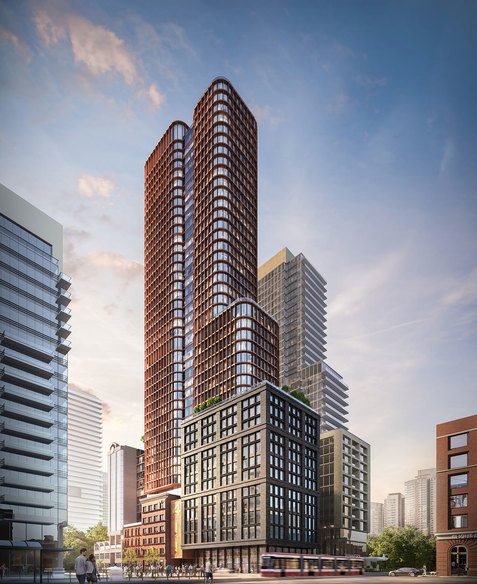 Nothing compares to Toronto's urban core. There's an excitement in the air. It's an energy and vibrancy that permeates the King West strip, both day and night. Perched on the coveted landmark corner of King & Spadina, Four Eleven King offers an unmatched lifestyle, with the city's best restaurants, shopping, cafes, entertainment and nightlife, as well as the convenience of transit, steps from your door. Talk about living beyond compare...

What makes 411 King special? Location. It is simply impossible to find a better location in the city of Toronto. The fact that a brand new project is rising on King and Spadina is almsot unbelievable, yet here we are. Enjoy everything the city has to offer, from some of the best restaurants in the world, sports, shopping, and every imaginable amenity. Take walking or transit to an unprecedented scale, and be anywhere in the city within 20 minutes, not that you’ll ever have to travel far.

Expect top tier design and luxury in every corner, expect unrivaled build and finish quality, and finally expect to reserve yourself a piece of Toronto history, since it’s doubtful a residential project of this significance comes again any time soon. Construction is estimated to begin in the Spring of 2020, with anticipated completion in 2024.

While the total number of residential suites at 411 King West Condos has not yet been finalized, various sources indicate they could range from 459 units to as many as 615 units.One noteworthy aspect of the project is that the two high-rise towers have been carefully configured so that they do not interfere with the views currently enjoyed by residents of adjacent buildings. No unit mix has yet been confirmed, as final details of the 411 King West Condos proposal are still in progress.

Situated in one of the city’s trendiest urban pockets, this mixed-use project will feature retail and residential space on three different lots, with the integration of an existing heritage building. An ideal location on the southeast corner of Spadina Avenue and King Street West, this project involves three separate sites and an ambitious proposal. 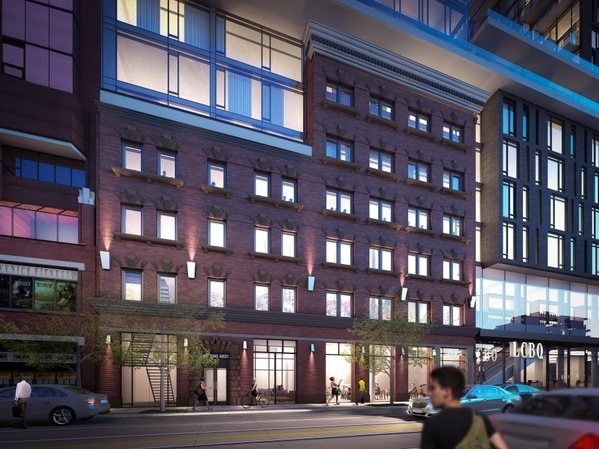 King and Spadina couldn’t be more central, as it puts practically every major downtown attraction within walking distance. Some of the high-profile landmarks and destinations within easy reach include:

Condos in the Entertainment District make exciting and dynamic places to call home, whether you’re a savvy investor or a young professional looking to set down roots. This high-energy downtown location features some of the city’s most lavish, modern residences and puts you right in the middle of the action; including some of Toronto’s hottest bars, clubs, theatres and restaurants, which are just steps away.

This area has seen a record amount of recently-completed and proposed development, including a 7-acre, master-planned community, three luxury hotel and residence projects and an abundance of sleek condo towers. Another development in the works is slated to add significant creative studio and gallery space, along with a new campus for OCAD University, further strengthening the area as a vibrant, cultural urban destination. Part of the city’s downtown “urban growth centre,” it’s slated to feature even more density in the coming years.

411 King St West scores a perfect 100 on both its Walk and Transit scores. Daily errands are all within walking distance, while 24-hour streetcars are steps away in ALL FOUR DIRECTIONS and the St. Andrew subway station is a short walk east. From St. Andrew, it’s just a single stop to Union Station, which connects to the GO train, Via Rail and the Union/Pearson Express.

The Entertainment District makes a great spot for professionals, as it’s a short walk to the Financial District, where it’s estimated over 200,000 people work. With the amount of office space proposed for Toronto’s downtown, it’s likely that this number will increase. Dynamic and energetic, this neighbourhood is easily the most desired in all of Downtown.

Given these assets, it’s a strong bet that 411 King West Condos suites will see healthy property appreciation rates in the years ahead. Many insiders expect them to handily outpace citywide averages, thanks to the complex’s high-end luxury and unbeatable location at one of downtown Toronto’s most dynamic intersections. 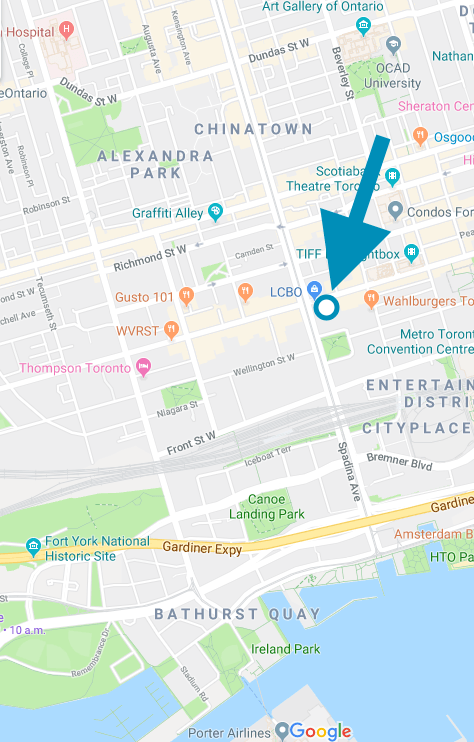 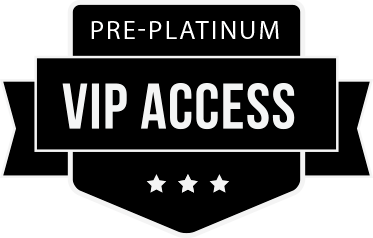 As the Number 1 Condo Website in Canada, we have established strong relationships with the region's best developers, which, in turn, means they allow us to sell units to our clients before they open sales to the public. Often this means our clients also benefit from incentives and promotions.Getting early access to pre-construction condominiums is the key to successful investing. Platinum perks can range from being the first to receive insider knowledge on new or upcoming projects, cheaper units, extended deposit structures, promotional packages, special occupancy terms, free assignment opportunities, development caps, personalized suite offers based on your individual housing needs, and best of all, early access before prices go up! 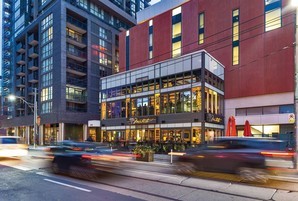 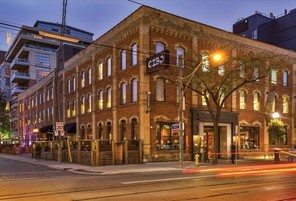 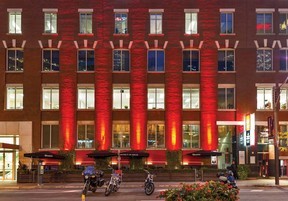 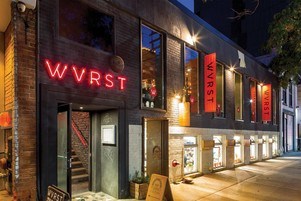 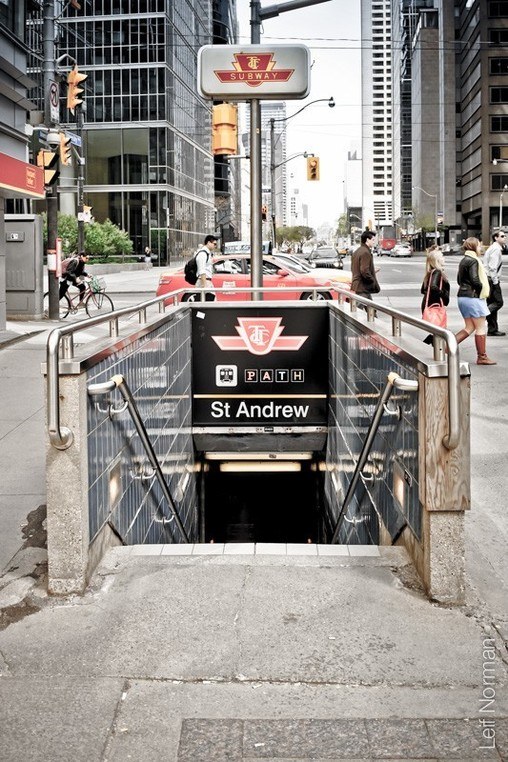 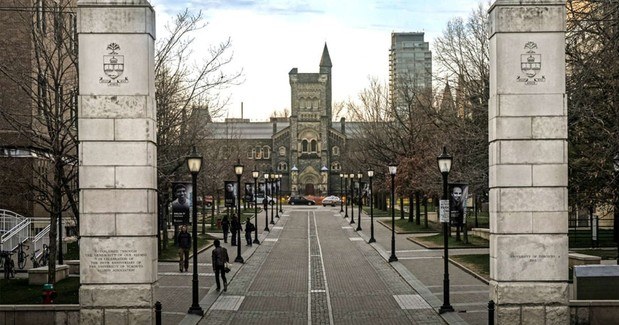 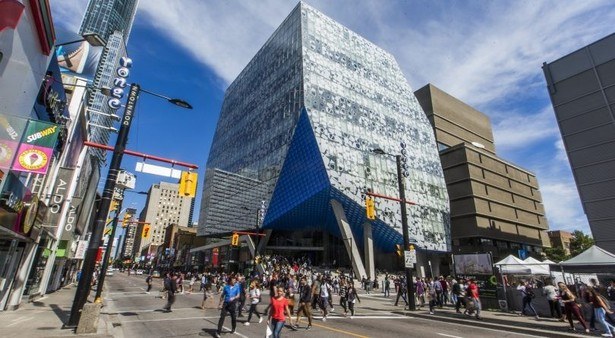 As the Number 1 Condo Website in Canada, we have established strong relationships with the region's best developers, which, in turn, means they allow us to sell units to our clients before they open sales to the public. Often this means our clients also benefit from incentives and promotions.Getting early access to pre-construction condominiums is the key to successful investing. Platinum perks can range from being the first to receive insider knowledge on new or upcoming projects, cheaper units, extended deposit structures, promotional packages, special occupancy terms, free assignment opportunities, development caps, personalized suite offers based on your individual housing needs, and best of all, early access before prices go up!

About the Developer: Great Gulf

Great Gulf was recognized by the Building Industry and Land Development Association (BILD) for Mid/High-Rise Builder of the Year and received the Marketing Innovation Award for “The Future is Wood” at the 38th annual BILD Awards on May 4, 2018. The Builder of the Year for Mid/High Rise Award is based on quality, service and customer commitment from marketing and sales, right through to post-closing service. A key component of the judging process is a customer satisfaction survey completed by recent occupants of the builder’s communities. It celebrates distinction within the building and development industry recognizing builders, who through their professionalism and dedication to excellence, set the standard for the rest of the industry.

“We’re very proud and excited to have been recognized with these awards and want to congratulate and thank the entire Great Gulf team for their commitment and dedication to delivering outstanding residential offerings to discerning consumers,” said Great Gulf CEO Jerry Patava. “I would also like to thank recent new home buyers for their trust and confidence in our ability to provide them with well-built, architecturally well-designed homes.”

Great Gulf marries design innovation, construction technology and craftsmanship ensuring precision building. It uses an innovative approach to building with H+ME Technology. With this building science, Great Gulf has revolutionized the building industry and the home-buying experience. Its reputation as a premium builder is a result of more than 40 years of experience and a commitment to superior design, cutting-edge technology and customer service. 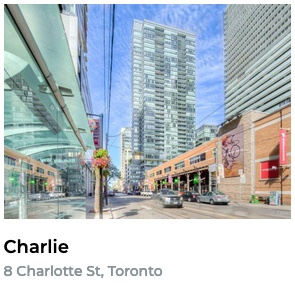 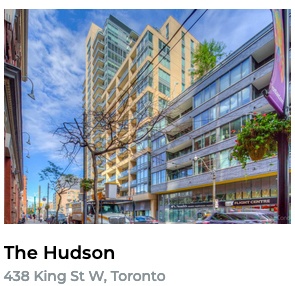 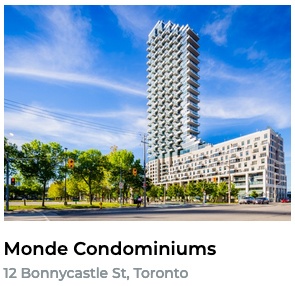 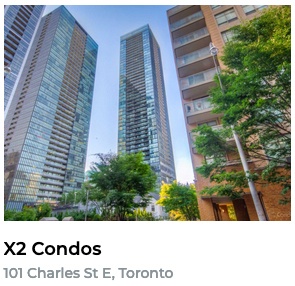 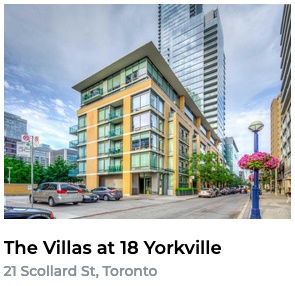 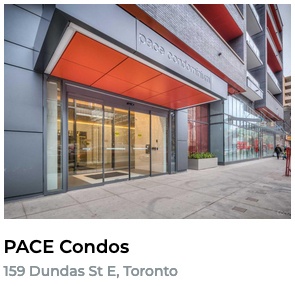 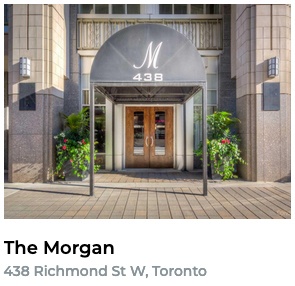 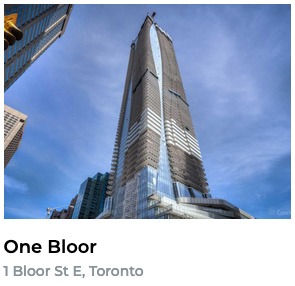 Bousfields Inc. together with Core Architects, submitted an application on behalf of the property owner, Terracap Management Inc. forthe subject property. The application was for a 39-storey mixed-use building, including an eight-storey podium, containing retail uses and 443 residential units above. The proposed height of the building, excluding the mechanical penthouse, was 126.5 metres. The base building had a height of eight storeys on King Street West, stepping up to 11-storeys on Spadina Ave.

The revised plan called for a base building with a height of 8- storeys along King Street West and two towers with overall heights of 20-storeys (73 metres in height, including mechanical elements) and 37-storeys (126 metres in height, including mechanical elements), with the 37-storey tower on the east property line and the 20-storey tower adjacent Spadina Avenue at the west end of the site. The proposal was described at the time as an attempt to reflect the heights of the tallest existing nearby buildings, specifically the 21-storey mixed-use building at the corner of King Street West and Spadina Avenue to the north (The Hudson) and the 36-storey building immediately to the east of that building (Charlie). The overall gross floor area was similar to the original proposal.

a further revision to the plan for 401-415 King Street West was presented to the Design Review Panel, along with the recently submitted proposal for the tower for the property to the south at 57 Spadina Ave. The proposal, which was only presented as a massing diagram showing one tower on the subject site, was presented for discussion purposes only. The Design Review Panel continued to express concerns with the overall scale of the project and suggested that in particular the scale of the base building was a problem. There was some discussion about how towers could be deployed on both of these sites. It was suggested that a higher proportion of office uses on the sites could help address some of the privacy issues and that a cooperative development with both parcels being developed as part of one proposal presented the best means of moving toward an acceptable development on both sites.

City Council approved an application at the adjacent site to the south at 57 Spadina Avenue for a 36-storey mixed-use building with a total height of 120.2 metres including the mechanical penthouse. The applicant's position as to why a change from 126.5 metres to 180 metres is appropriate, as explained to staff and the Design Review Panel, was that the greater height is necessary to provide south-facing views above the approved 36-storey building to the south. It is this latest proposal which is the subject of this report.

Revised drawings in support of the application were submitted. These plans, prepared by a different architect, Teeple Architects in conjunction with Kirkor Architects and Planners, were substantially different from the original application in that proposed development was for a 56-storey mixed-use building including a 12 and 13-storey podium, with a building height of 180 metres (187 metres including the mechanical penthouse)

The revised application was considered by the Design Review Panel on April 16, 2015. Comments from the Design Review Plane generally cited concern with the proposal related to height of both the podium and the overall building height, density, tower floorplate size that exceeds 750 square metres, inadequate tower separation distances, poor integration with the existing heritage building and lack of contribution to the public realm. The Panel voted that the proposal be redesigned.

The redevelopment proposal now before the Board reflects a settlement between the parties and is a substantial revision to the proposal that initially formed part of this appeal. The revised proposal is to construct a podium and tower on the subject property with a mix of commercial retail and residential uses that would include, among other elements:

Enter Your Details Below to get INSTANT Access to the floor plans, price lists, updates and launch before it is available to the general public

ONCE LAUNCHED, THIS LINK WILL HAVE ALL THE FLOOR PLANS, RENDERINGS AND BROCHURE PACKAGE FOR 411 King St!